“Surveillance City” (correspondent: Vikram Gandhi) – Camden, New Jersey is one of the poorest and drug-ridden cities in the country, and its murder rate is 12 times the national average. In 2011, the city cut its police force almost in half, with nearly 80,000 residents regularly being policed by 12 cops at a time. The state stepped in to overhaul the department, introducing an experimental “Metro” security apparatus equipped with futuristic technologies like gunshot detecting, triangulation microphones, and automatic license-plate readers. As similar surveillance systems are implemented across the country, Vikram Gandhi goes to Camden to see how these tactics are working, how residents feel about their loss of privacy, and what the future of policing might be. “The Forgotten War” (correspondent: Ben Anderson) – A decade ago, the crisis in Darfur was a cause celebre. American politicians, activists, and celebrities took to the media to condemn Sudanese President Omar al-Bashir for his brutal genocide, and to send out a call for justice and aid his victims. Yet today, world attention has waned, despite the fact that President Bashir remains in power. People continue to die, and millions of refugees remain in overburdened camps filled with malnourished children. Without sufficient aid from the international community, Sudanese rebel groups are stepping in to fight for justice on their own terms. Ben Anderson goes to the refugee camps in Chad and Sudan to meet the victims the world has forgotten, and the rebels poised for civil war. 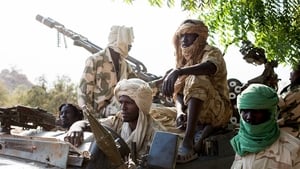