“The Pink Gang Rebellion” – The brutal details of a 2012 gang rape on a Delhi bus focused international attention on India’s rampant rape issue. Inept law enforcement, the social stigma associated with rape, and a patriarchal social structure have allowed sexual assaults to plague Indian women. Delhi’s police department has vowed to hire more female officers and set up a help desk, but these measures are hardly a solution. Rapes in Delhi doubled in 2013, and as bad as it is in Delhi, the Indian countryside is even worse. Instead of investigating rape cases, rural police officers often ignore victims and their families. But one woman, Sampat Pal, has galvanized a group of rural women into the Gulabi Gang, or Pink Gang, to combat the injustice of sexual assault. Gelareh Kiazand heads to rural Indian to investigate the issue and embed with this revolutionary gang. “Genetic Passport” – From 1949 to 1989, the Soviet Union, determined to prepare for nuclear warfare, detonated more than 450 nuclear bombs in an area of Kazakhstan known as the Semipalatinsk Test Site. For hundreds of thousands of Kazakhs, radiation not only surrounded them, but became part of their DNA. In an effort to curtail the birth of a new generation of deformed children, a Kazakh doctor recently tried to implement a mandatory “genetic passport” allowing people to know if their genes were damaged by radiation. Thomas Morton goes to Kazakhstan to learn more about this controversial initiative. 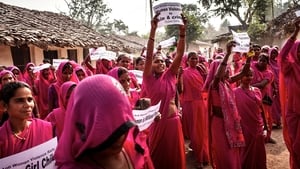